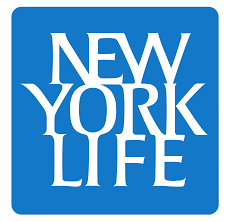 Founded in 1845 and headquartered in New York City, New York Life Insurance Company is a Fortune 100 company and the oldest and one of the largest mutual life insurance companies in America. New York Life maintains operations in all 50 states and several markets in Asia and Latin America through a network of more than 17,000 employees and more than 60,000 licensed agents. The Company holds the highest possible ratings for financial strength from the life insurance industry’s four principal rating agencies. New York Life’s subsidiary, New York Life Investments, is one of the largest asset management firms in the United States. Managing more than $283 billion in assets under management, it offers an array of products and services for both retail and institutional investors. New York Life was named one of Fortune magazine’s World’s Most Admired Companies in 2013, and retained its title as the largest mutual life insurance company in the United States and our commitment to financial strength helps us enjoy the highest ratings currently awarded to any life insurer by all four major rating agencies. (Best (A++); Fitch Ratings (AAA); Moody’s Investors Service (Aaa); Standard and Poor’s (AA+).