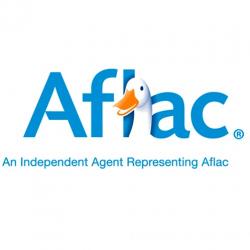 Aflac was founded in 1955 by brothers John, Paul and Bill Amos, who saw a need for financial protection when a medical situation occurs, fast forward to today, Aflac has become the largest provider of supplemental insurance in the United States and is still a family-owned organization under current CEO Dan Amos. In 1958 Aflac pioneered the introduction of a cancer policy after identifying the need to lift the financial burden of cancer patients and their families.

In 1974 Aflac expands to selling in Japan and by the end of the 1970s it is licensed in 37 states. New York and New Jersey were among the last states to license Aflac in the mid 1980s. Our Region “Z” operates in New Jersey, and the Tristate area, and is headed by Regional Sales Coordinator Michael Zilinski. Nationally our market penetration is around 20-25%, with decades of time to reach businesses; in contrast, locally the market penetration in NY/NJ is still only 10% leaving lots of room for growth. The company’s popularity and brand recognition soared with the introduction of the Aflac Duck in the year 2000.

Our goal is to identify a business’s needs through our consultative sales process and provide recommendations of benefit and business solutions from Aflac’s suite of insurance and technology products. Then we educate and help the employees understand the changing benefit landscape and continuing to provide on-going consultation regarding industry trends and new Aflac offerings.

Email me jobs from Aflac